On the occasion of his travels through the US with stops in New York City, Lawrence (Kansas) and Princeton, the Austrian Cultural Forum New York is organizing an evening of reading and discussion with Franzobel on May 27. The audience will get a sneak-peek into the author’s not-yet published manuscript “Einsteins letzte Reise” (“Einstein’s last trip”), translated to English by Ross Benjamin.’

ABOUT THE NOVEL PROJECT
Albert Einstein died on April 18, 1955 at the hospital of Princeton. On the same day, pathologist Thomas Harvey not only performed the autopsy on the body, but also removed the famous physicist’s brain, apparently to examine it. Einstein’s body was cremated, the unlawfully removed brain however stayed in possession of the pathologist, who refused to give it back for the next 50 years. This bizarre, yet historically accurate story provides a base to talk about philosophical implications of modern physics which have changed our world view fundamentally. Franzobel’s novel plot evolves: The brain begins to talk to Harvey, making him decide to free Einstein’s unredeemed soul. A fifty-year-long road trip begins, leading Harvey and the brain to a Jewish ghost exorcism, a psychologist and to Woodstock, a protest rally of a civil rights movement, they experience the moon landing and visit an Indian Guru. Harvey tries to excite the brain for different religions – with mediocre success. Orthodox Jews take it for a Dibbuk, Christians want an exorcism and for an Indian cult it is reason for a collective suicide. 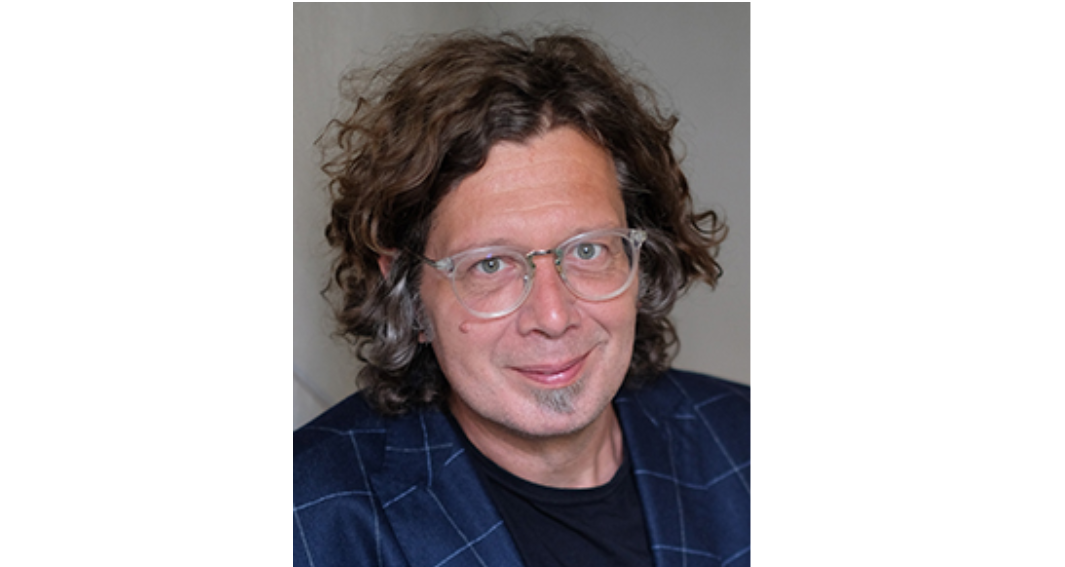 Born in Upper Austrian Vöcklabruck, Franzobel (Franz Stefan Griebl) studied German Studies and History in Vienna, all the while studying painting and conceptual art intensively, and made his first attempts as a visual artist. He began writing in 1989, and has been a freelance writer since 1991.

His first works were self-published but became known to a wider audience when he was awarded the Ingeborg-Bachmann Prize in 1995 for his story “Krautflut”.

With many of his published works – which cover the spectrum from novels and poetry collections to stage plays and libretti for operas and operettas – the word artist has become one of the most famous authors in Austria. Instrumental in this is his largely well-received novel “Scala Santa oder Josefine Wurznbachers Höhepunkt” (2000).

Austrian circumstances are one of his main themes: whether in his novel “Das Fest der Steine oder die Wunderkammer der Exzentrik” (2005) or in the collection “Österreich ist schön. Ein Märchen” (2009). The author, who describes himself as a “word actionist” (Sprachaktionist), comes after the tradition of the avant-garde of the Wiener Gruppe, above all Ernst Jandl and Reinhard Priessnitz, but many other influences can also be identified.

Franzobel has won many literary prizes, including the Bert-Brecht Medal, the Arthur-Schnitzler Prize and the Nestroy Theatre Prize.

Ross Benjamin is an American translator of German literature and a 2015 Guggenheim Fellow. He has won the Helen and Kurt Wolff Translator’s Prize for his translation of Michael Maar’s Speak, Nabokov. He also received a commendation from the judges of the Schlegel-Tieck Prize for his translation of Thomas Pletzinger’s “Funeral for a Dog”. He is a graduate of Vassar College and a former Fulbright scholar. His translation of Daniel Kehlmann’s novel Tyll (2017) was shortlisted for the 2020 International Booker Prize. Benjamin has written for the Times Literary Supplement, The Nation, etc. He lives in Nyack, New York.

Free admission – RSVP required. To RSVP, please email [email protected] with your name and number of tickets you would like to reserve!

Bringing contemporary Austrian art, literature, music & culture to NYC and beyond. Our gallery is open daily 10am - 6pm.